WHAT TO WATCH THIS WEEKEND 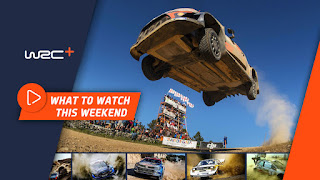 Buckle up and settle in for another weekend of essential WRC viewing from all new content, to some of the best moments from the WRC archives.


#1 BEST OF RALLY ITALIA SARDEGNA
Prior to Covid-19, this weekend would have seen us #jumpinginthedust of Sardinia, so it’s only appropriate to travel there for a look back at some of the greatest WRC moments from the Mediterranean island. Famous for providing some of the biggest offs, most dramatic finishes and spectacular jumps, Best of Rally Sardinia will have you teetering on the edge of your seat. Oh yeh…there was also the day a stage started inside a prison…

#2 WRC+ FOCUS: WRC Season Review 2013
With Sébastien Loeb stepping back from a full-time WRC programme for the 2013 season, the door was wide open for a new world champion to be crowned, leaving most people debating if it would be Jari-Matti Latvala or Mikko Hirvonen. But the entry of the Volkswagen Polo R WRC would change that discussion, almost overnight. Relive the 2013 season in full.

#4 POWER STAGE CLASSIC: Italy 2018
The 2018 WRC trip to Sardinia quickly turned into a race between two drivers: championship leader Thierry Neuville and defending champion Sébastien Ogier. Ultimately, it would come down to the final stage in one of the closest finishes in WRC history. See who triumphs in this week’s Power Stage Classic.

#5 ONBOARD OF THE WEEK
You voted for your favourite WRC Onboard of the Week: Sébastien Ogier / Julien Ingrassia (M-Sport Ford World Rally Team) on SS12 Monte Lerno 1 (28.89 km) at Rally Italia Sardegna 2018.